LESSON 2 – Introduction to programming with micro:bit

Make your own image to display on micro:bit

On micro:bit each LED represents 1 pixel. Before, we shaded the each led to create and image. Today we will be plotting each led representing with numbers (from 0 to 9 represents brightness off the lights) to create an image.

Each LED value can be set to one of ten values. If a pixel is set to 0 (zero) then it’s off (no light). However, if it is set to 9 then it is at its brightest level. The values 1 to 8 represent the brightness levels between off (0) and full on (9). 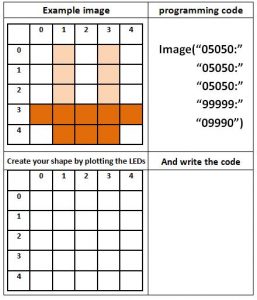 Open the MicroPython editor by clicking the link above. This will load a demo program which looks like this: 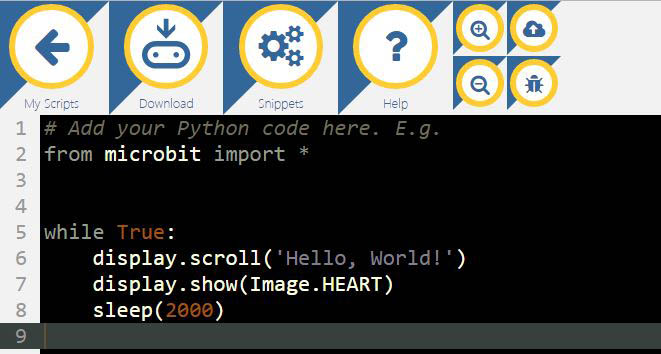 It is a Python code but exactly same like this one: 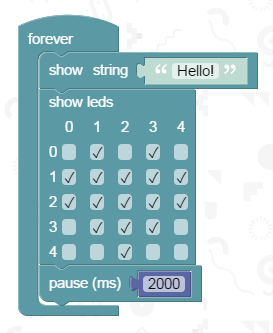 This is we have to have it in all our micro:bit programs. It means we are telling computer we are using Python micro:bit code library module.

Displays scrolling text “Hello World” on your on micro:bit. Later, instead of Hello World write your name and see what happens on your micro:bit.

As mentioned before Python has lots of built-in micro:bit images – using the list below, modify the program on your microPython editor by replacing heart shape code with one of the follwing codes:

For downloading your code to your micro:bit follow my on screen instructions.

Well done! You have finished your first python program. In your book explain differences between the block coding and the text base coding?

Earlier you have created an image plotting LEDs in your starter activity. In this task we are going to create that image on your micro:bit

Delete everything on your microPython screen except from microbit import *

if you haven done it in your starter use the below code.

To be able to animate in MicroPython we have to have more than one images and have them in a list.

MicroPython have built in lists of images that we can test Image.ALL_CLOCKS one of them.

And here is my sinking ship animation code 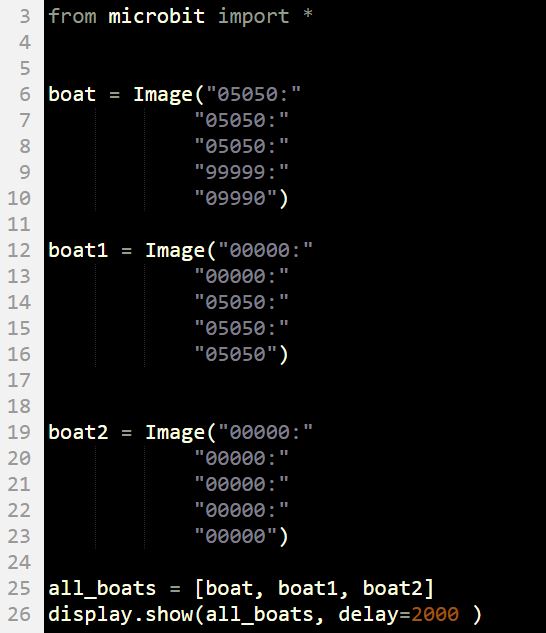 Why do you think I did not use loop=True?

Now it is your turn to create your own animation.

Home learning – due in next lesson

You have successfully tracked and displayed the number of wins on the BBC micro:bit! However, what about losses? Use the Game drawer to change score by -1 when button B is pressed.

Run and compile the code to see if it works as expected.

You can also find this homework in your Show My Homework account.
Use the below links to help you with your task
Computational Thinking
About micro:bit

This lesson based micro:bit lesson on this link courtesy of Bellper Computing Faculty